I know plenty of women who are cool, purposeful, fashion-forward wives.
Still, when I hear “wife,” my mind fills with the image of a large apron-clad Irish woman with her hair in a smart bun and her hands covered in flour .
Apparently, somewhere in my psyche, “wife” became crossed with “baker” and I don’t know why or how but it is what it is.

“Wife” is a seemingly all-encompassing title.

And I personally enjoyed my previous self-proclaimed title of “Really-Fun-And-Trendy-Single-Gal.”

There’s a freedom and whimsy in being unattached. Days and months and all the years ahead have the opportunity to be spent in a myriad of ways. One country or another, one job or another – who’s to tell me anything different? I could spend a day on a project, on a trip, in a tree – or even spend 24 hours in my head, spinning words and forming opinions and seeing myself as a “manic-pixie-girl” to the public eye.

this is just what i do on tuesdays, you know? typical tuesdaaaay

There’s a little girl in the coffee shop where I’m writing who appears to be about two or three. Her hair is in a messy top-knot and she is confidently wearing nothing but a diaper, twirling and smiling and playing alone among the hammocks as her parents sip their lattes at the table.

As “Really-Fun-And-Trendy-Single-Gal,” I was her – with clothes on – and with, I think it’s important to note, the acute ability to do my business in the toilet.

When I think “wife,” I see that all coming to a close.
(Not the toilet part. I see that training lasting me at least another 60 years.)
But I do see a house in the suburbs.
I see financially responsible decisions.
I see evening after evening spent at home.
I see dreams fading and changing and morphing into things I never imagined for myself.

Slowly, I let all these “wife” fears creep in and overwhelm my head and heart.
And then, in a dramatic display, I let them crash in quickly and erupt into ugly sobbing in the parking lot of a taco joint.

Live footage of me dealing with my emotions in a healthy, stable way.

Y’all. Taco joints are for laughing and cheering and dancing. Tacos are only ever joyful. Tacos are love and life and magic. You know. You get it. I think we all agree on that.

So you can understand how much fear had snuck in for me to explode in a magical place like a taco joint.

Tyler, my fiance, asked me what it was I feared.

– being a bad friend

– turning into a hermit

He looked at me like I was pretty dumb. Don’t hold that against him.
And I remembered.

I’m not just becoming a “wife.”
I’m becoming “Tyler’s wife.”
And that’s different.
Because Tyler has never told me not to go anywhere or do anything.
Tyler loves road trips and exploring as much as I do.
Tyler would get antsy and irritable if I made him hermit for too many days.
Tyler often knows about new breweries and restaurants popping up before I do.
Tyler loves my friends and encourages me to be a good one. 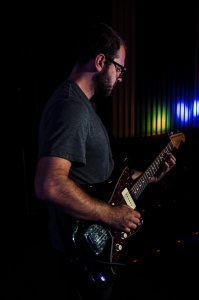 Tyler is also a rockstar AYCARUMBA.

I truly think that being unattached and single is the very best thing. There is such freedom there. There is so much room for “yes.” There is space for friends and adventures and self-discovery and leaping into the unknown.

But as you are loving and learning and leaping, if in the midst of that God brings you one who magnifies and betters you, one who leaps with you and perhaps, even encourages you to leap farther…

Because both marriage and singleness are Kingdom things, friends.

I’m finding peace in the fact that I really do think God’s on board for this marriage. And as my titles will now include, “wife” alongside friend and sister and writer and singer and explorer and laugher and community-builder – I’m trying to stay grounded in the one identity that won’t change even as titles do: daughter.

I’m a child of God. I’m a child of a whimsical, radical, loving Creator. I’m made in His image. I don’t want to brag, but He adores me. And He has dreams and plans for me and for you and they may not be fun or easy but they will definitely be purposeful and important.
Because He doesn’t waste His creations.
He wants you to be a part of what He’s doing in the world.
And He loves you a lot.

I’m stoked for every messy and magical moment of it.
Tacos and Tyler especially.